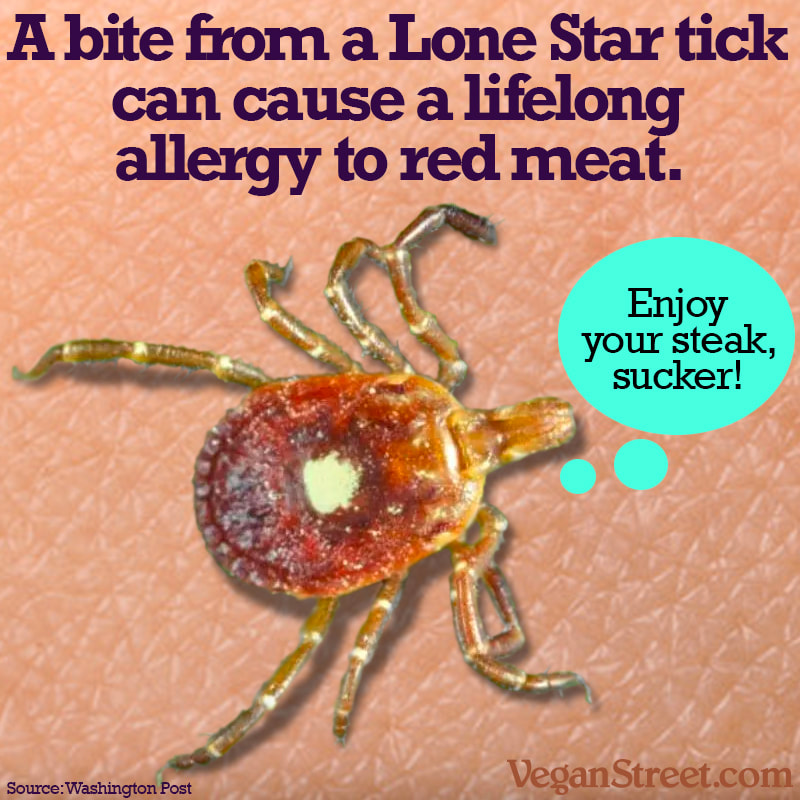 The lone star tick is now commonplace in most of the Eastern half of the US. This tick can produce a severe food allergy in people known as alpha-gal syndrome, which is an allergy to red meat. When lone star ticks feed on mammals, such as mice, rabbits or deer, they ingest alpha-gal sugars. Later, if the ticks bite and feed on humans, they inject the alpha-gal sugars with their saliva into their human host.  Those bitten will usually feel no symptoms unless they eat red meat.

Red meat contains alpha-gal sugars,  so once someone has been bitten by the lone star tick, their immune system recognizes the alpha-gal from the meat as a foreign substance and mounts a response, which can lead to a rash, hives, itching, swelling, shortness of breath, headaches, abdominal pain, diarrhea and vomiting.

So if you are bitten by a lone star tick,  it might be a good time to explore switching to a plant-based diet.


Our source for this meme is The Washington Post