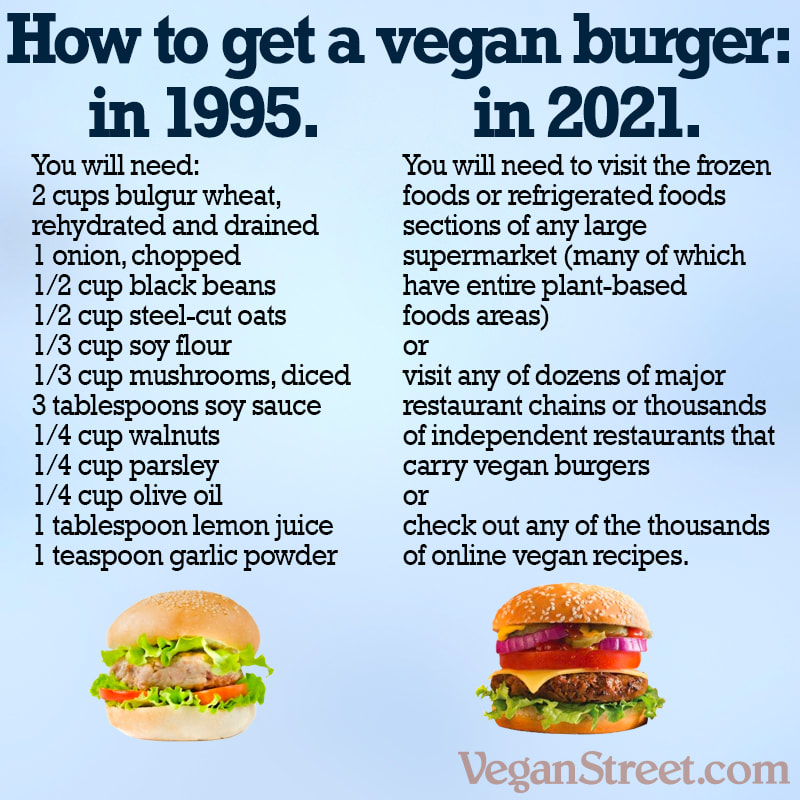 In early 1995, we (Marla and John) became vegan after years of vegetarianism. Back then, if we wanted a vegan burger, we had to dig through our vegetarian cookbooks for a veganizable recipe (not a lot of vegan cookbooks yet) or just grill up a portobello mushroom. Now most fast food chains and casual dining chains have vegan entrees and there are lots of vegan burgers to choose from any  supermarket we have visited in the last couple of years (admittedly, we live in a major metropolitan area). That's a pretty darned good amount of progress in just one generation.

By the way, if you still prefer the burger on the left, we're sure there's a recipe for it online (rather than find one of our ancient recipes, we just did the best we could of remembering the ingredients).