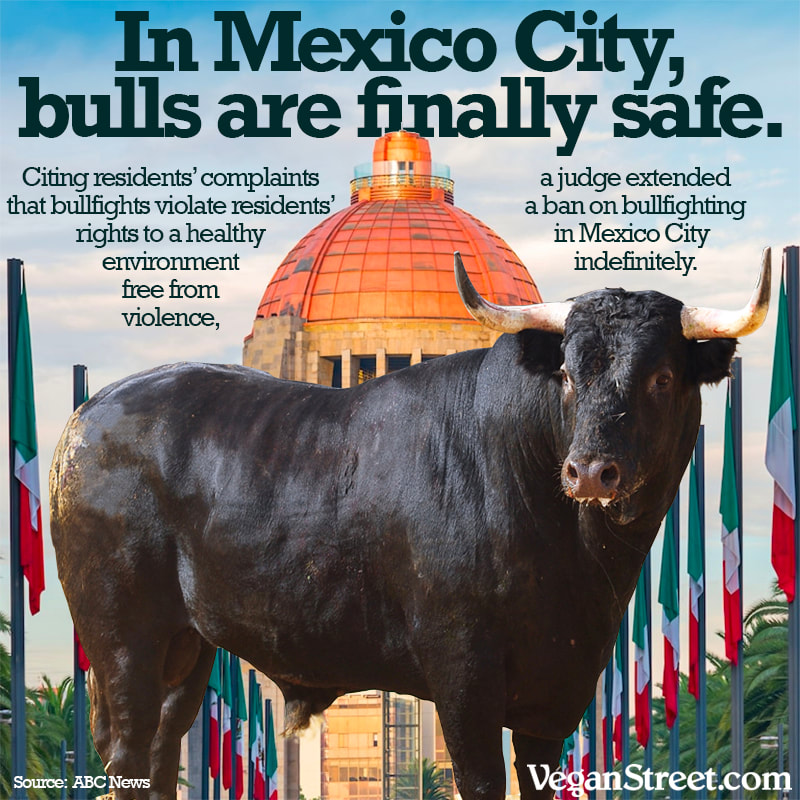 In Mexico City, there is a massive stadium called Le Plaza de Toros México, which has been notorious as the world's largest venue for bullfighting. For years, local residents have vociferously complained that the violence from bullfights, particularly the violence against the bulls, violated their rights to a healthy violence-free environment. Now a judge has permanently extended a ban on bullfighting in Mexico City. Since four other Mexican states have already banned bullfighting, this ruling effectively marks the end of almost 500 years of bullfighting in Mexico.

Our source for this meme is ABC News