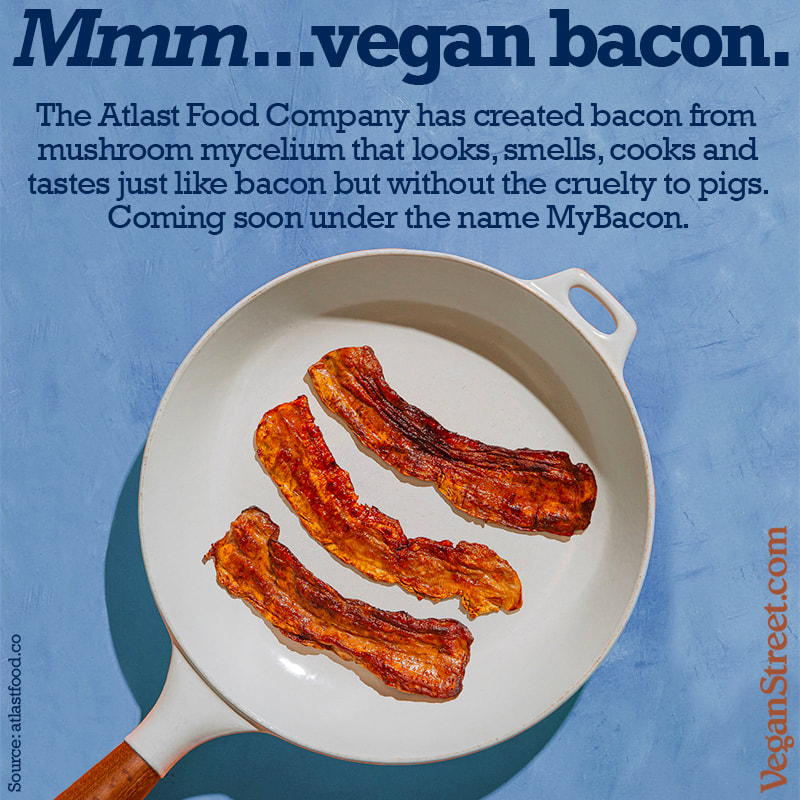 Some vegan products are getting startlingly close to their animal-based counterparts. This bacon looks, smells, cooks, tastes and chews almost completely like the bacon that requires the death of a pig, but it's made from mushroom mycelium grown in an indoor vertical farm. It's minimally processed and it uses less than 1% of the water needed to raise pigs. Best of all, no pigs suffer or die.