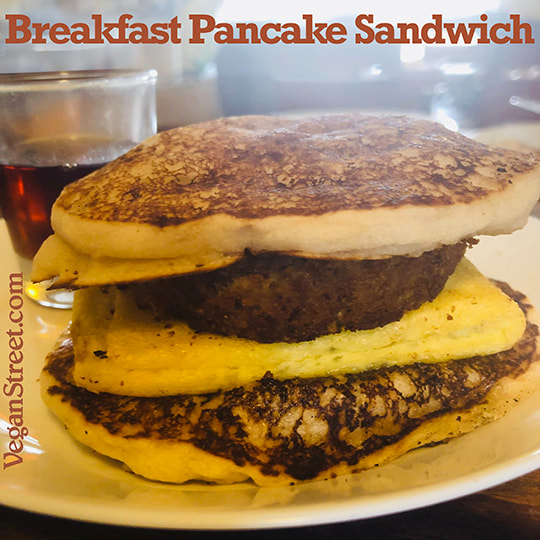 The idea for this hit me as a vision from out of the blue - yes, we’re at that point of things with the pandemic where I am envisioning new ways to eat carbs - and it was everything I’d hoped. A lighter version of an English muffin breakfast sandwich, these babies will fill you up with all their savory, tender deliciousness without being a gut bomb. If you’re someone who likes merging sweet and savory, try it with the optional maple syrup on the side for a little chik’n and waffles sensation. As I am decidedly not, I recommend using a pancake recipe that’s less sweet (like the one linked to here) as opposed to a sweet one, but whatever floats your boat.

Mix together your pancake batter. Begin heating a skillet or pan and prepare as directed for the pancakes in the recipe. Begin your pancakes and begin cooking the vegan eggs and sausages. When all are cooked on both sides, take one pancake, spread a little vegan butter on the top, then layer on the egg squares and sausage patties. Spread some vegan butter on a second patty and put it on top, butter side down. Serve with optional maple syrup. Voila!
​
​ 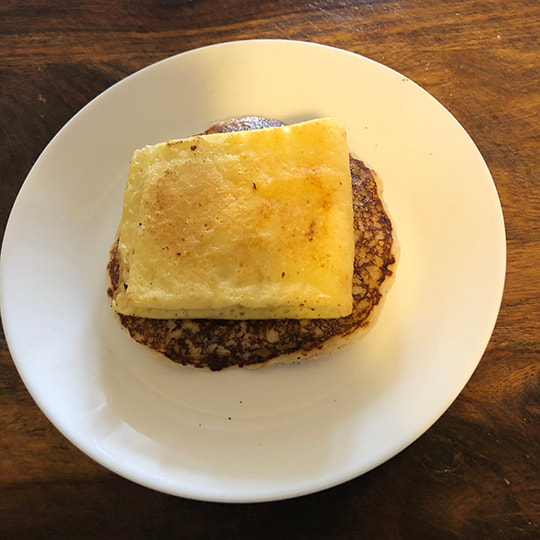 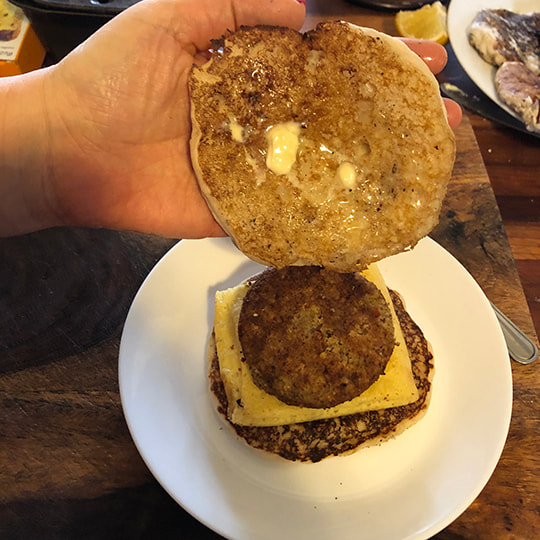 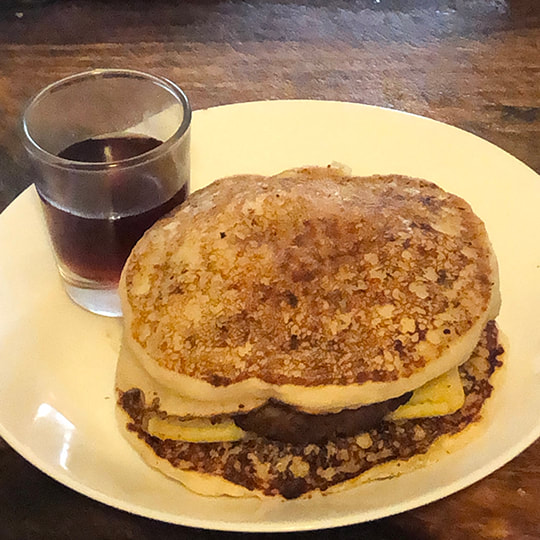 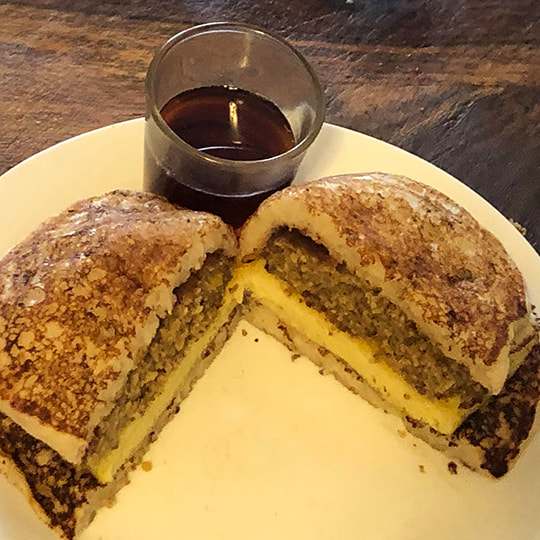