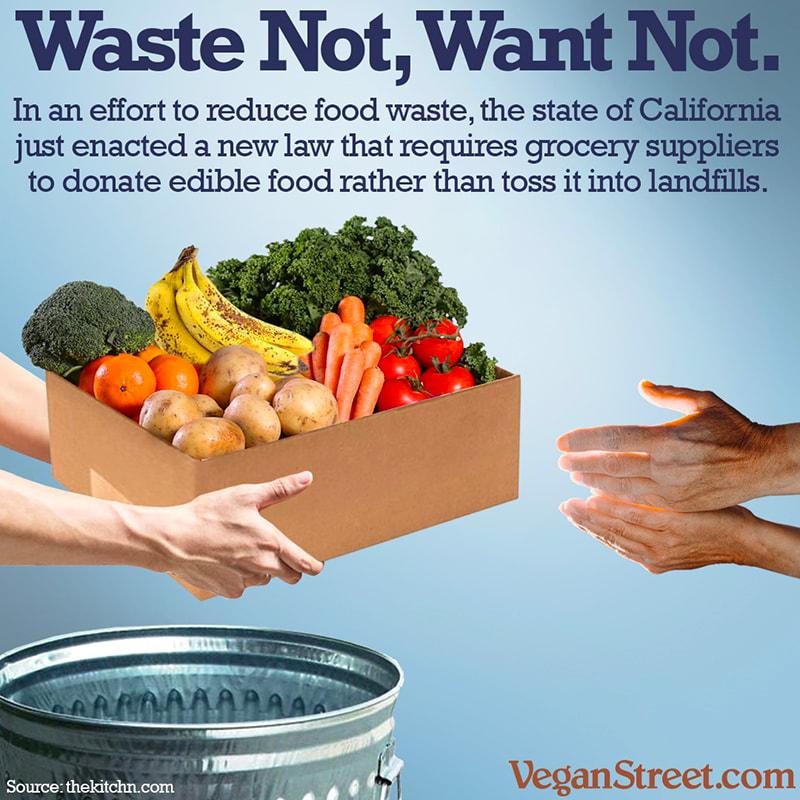 Besides the egregious waste of resources caused by the animal agriculture, the world faces another serious food waste problem. As much as 30% of the food produced in the US is never eaten and most of that ends up in landfills. California is the first state to do something to address that. Senate Bill 1383, which is just going into effect, requires everyone to compost their food waste and other organic waste. It also requires supermarkets, grocery stores and other food suppliers to donate non-salable produce and other edible foods rather than throw it all in the trash. This serves the dual purpose of keeping a mountain of potential waste out of landfills while addressing people's needs around food security. It's a win-win!