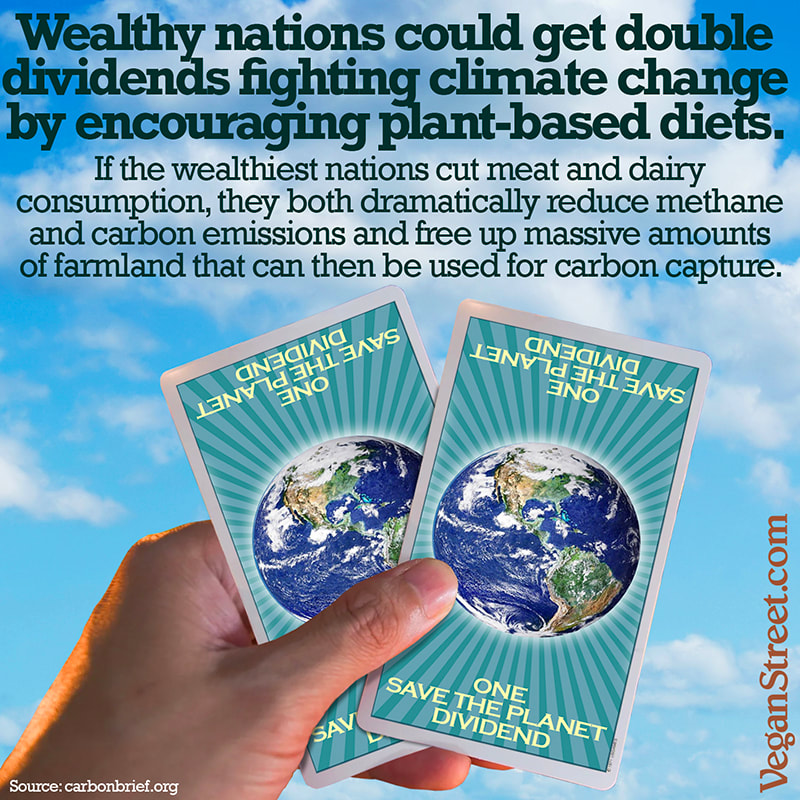 The world's wealthiest nations cause the most climate change damage, so it's imperative that these nations take the lead in solving the crisis. The most effective way they can do this is to provide incentives to encourage their citizens to move toward a plant-based diet. The global food system is responsible for around one-third of all human-caused greenhouse gas emissions, and half of the planet’s habitable land is used to produce food.

On average, animal-based foods produce 10-50 times more emissions than plant-based foods. Meanwhile, livestock takes up nearly 80% of global agricultural land, despite producing less than 20% of the world’s supply of calories.

When people eat less meat and dairy, they help fight climate change in two ways: First, switching to a plant-based diet greatly cuts methane and other emissions. Also since most crops are fed to animals, switching to a plant-based diet would free up millions of acres of land that could be converted to forest or prairies that would capture carbon from the atmosphere. It's a double dividend!

Our source for this meme is carbonbrief.org