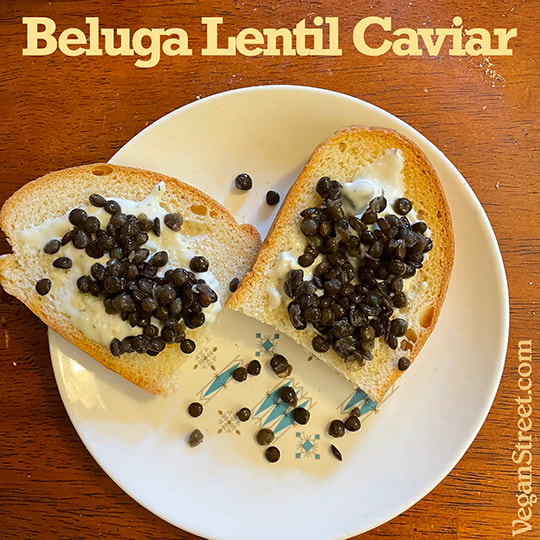 Looking for something that tastes just like caviar? You’re not in luck with this recipe because this ain’t it for a number of reasons:
1. It’s made with lentils. Adorable, elegant, tiny but mighty beluga caviar, so named because of its similar appearance to fish egg-y caviar.
2. It looks less like that after cooking because it will be more brown than black.
3. I have never actually had caviar (I know I give the impression of being a fancy pants, but it’s true) so I have no taste memories to base it on. I don’t even have a scent memory of it. I don’t regret this.
4. Consider all this and then consider that even pre-vegetarian and vegan, I never had an enjoyment of fishy tastes. So this will not taste fishy. If you are like me, you’re in luck; if you like a sea-like flavor, not sure what to tell you except this will probably not scratch that itch.

All those points taken into consideration, I think these lentils are delicious as is, which is as deeply flavorful, protein-packed little lentils. Feel free to modify it with the lentils you have on hand, knowing they will likely have a different cooking time, but I think small lentils like beluga or puy (or French green) would work best.


Cook the lentils, kombu, bay leaves, water, salt and pepper in an Instant Pot for 6 minutes using quick release or cook on the stovetop in plenty of water until the lentils are cooked through but still retain their shape (about 20 - 25 minutes). Do not overcook.

Place the strained lentils in a large, lidded container. I liked a rectangular one to allow the marinade to meld. Pour the olive oil, brine and vegan fish sauce over the top, gently toss through, cover and allow to marinate in the refrigerator for at least a couple of hours or overnight. Enjoy chilled and it is super delicious on toast. 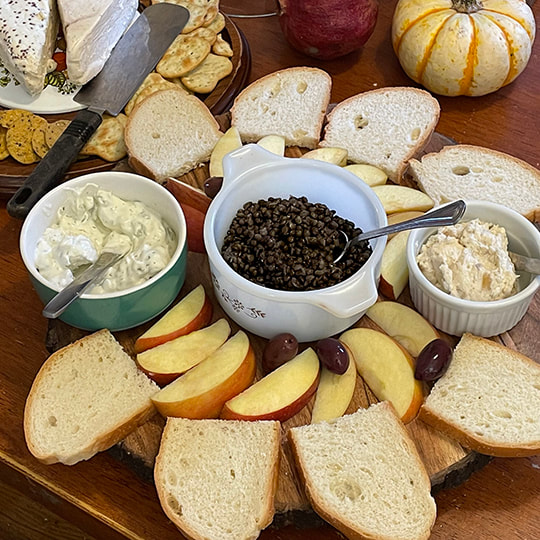