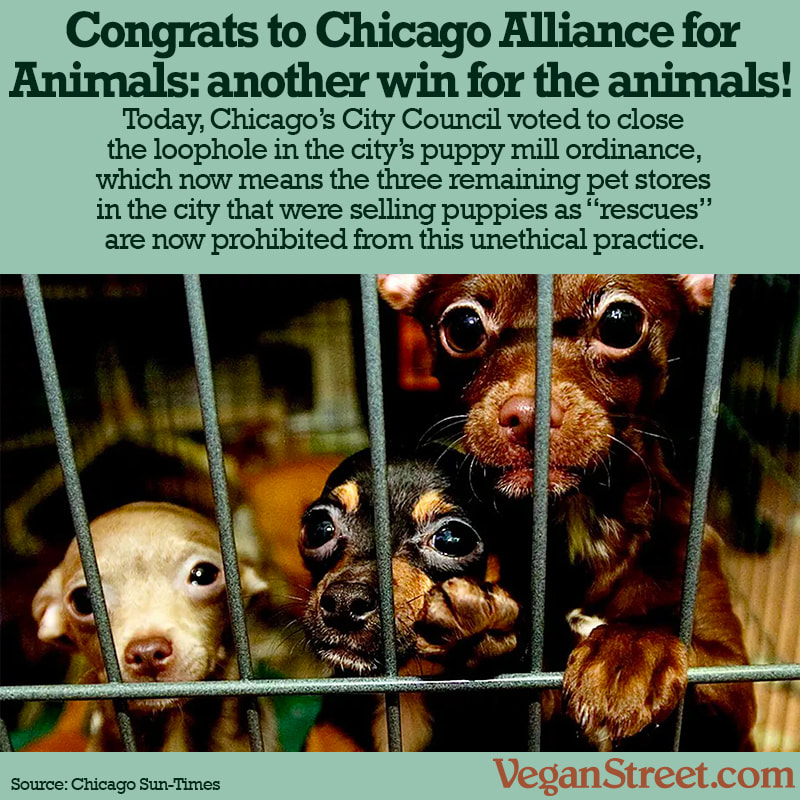 Another fantastic win for the animals from Chicago Alliance for Animals! You might remember when CAA - through coordination and persistence - won a victory for the horses exploited by the city's carriage industry?

Well, now, through that same special sauce of coordination and persistence, we have won a victory for dogs that pet stores were exploiting after they found a loophole in Chicago's anti-puppy mill ordinance, which prohibited pet stores from selling these puppies. (Basically, they rebranded them as "rescues" to be adopted.) (Dirt bags!) Anyway, CAA activists and their executive director
Jodie Wiederkehr have scored another victory for the animals! PLEASE consider donating to local, grassroots organizations that create real wins for the animals rather than well-funded national organizations like Chicago Alliance for Animals to help us continue this work!

On to the next victory!

Our source for this story is the Chicago Sun-Times