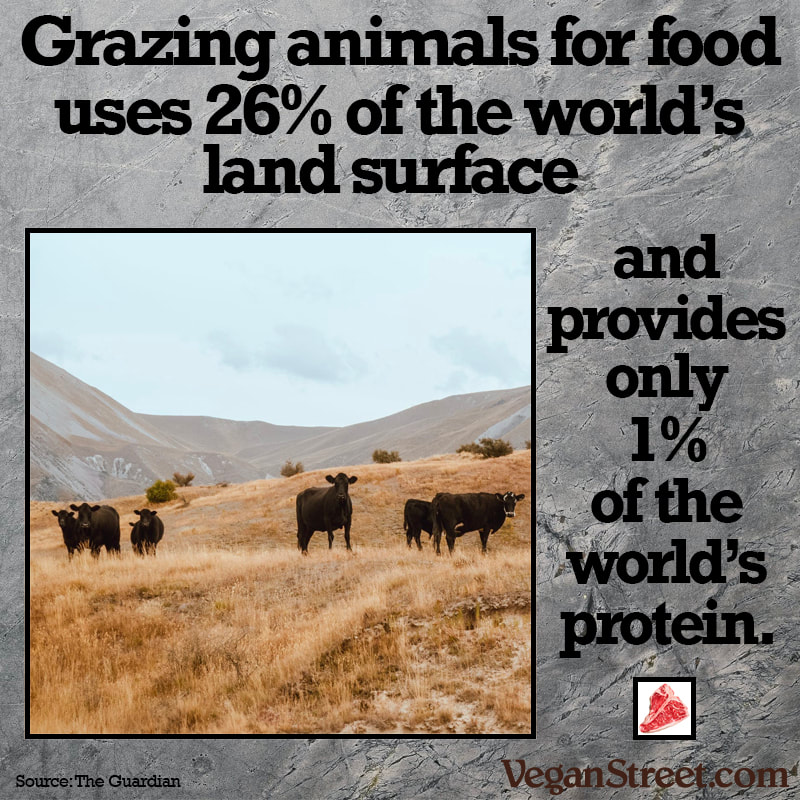 More than a quarter of the land is used to graze animals who will then be slaughtered for human food. Those who raise these animals will say that it's just marginal land that has no other use. This is an extremely human-centric view however. Before domesticated cattle or sheep were introduced, these areas were complex,  thriving ecosystems made up of thousands of species living together in harmony. In many places, such as the Western United States,  the land's natural inhabitants such as wolves, bears, deer and coyotes are viciously slaughtered to create a monoculture of cattle.

Let's honor the land and the planet by booting the cattle interests from Federal lands.

Our source for this meme is The Guardian.