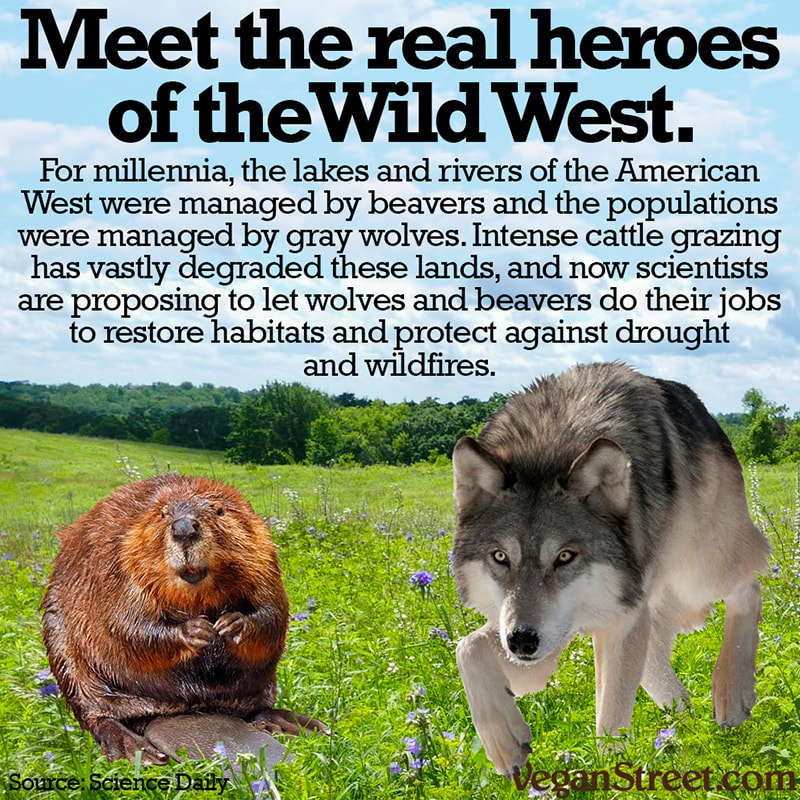 A huge swath of the Western United States has been co-opted by the beef industry which has turned millions of square miles of beautifully biodiverse ecosystems into a wretched and rapidly desertifying monoculture of cattle. These cattle ranchers have determined any animals that could possibly threaten their profits need to be eradicated, and they use horrific means like poisoning, trapping and shooting to murder millions of wolves, bobcats, deer, elk, beavers, bears, wild horses and any other creatures that compete for food, water and space with their bovine property.

It has long been known that apex predators are an essential component of a thriving ecosystem because they help keep populations in check so they don't overuse the food supply. Meanwhile, a healthy beaver population will manage the water supply better than any humans can.

Millions of these cattle are grazed on Federal lands,  and a group of scientists from the University of Oregon have proposed converting patches of these Federal lands – 310,000 square miles across 11 western states – to their original wild states by booting out the ranching interests and reintroducing more gray wolves and beavers. This process would go a long way toward fighting climate change by improving the lands and eliminating much of the methane produced by the millions of cattle. The improved water management would make the areas more resistant to drought and wildfires.

It's time for everyone to realize that preserving out future and the future of the planet is more important than consuming artery-clogging foods.

Our source for this meme is Science Daily