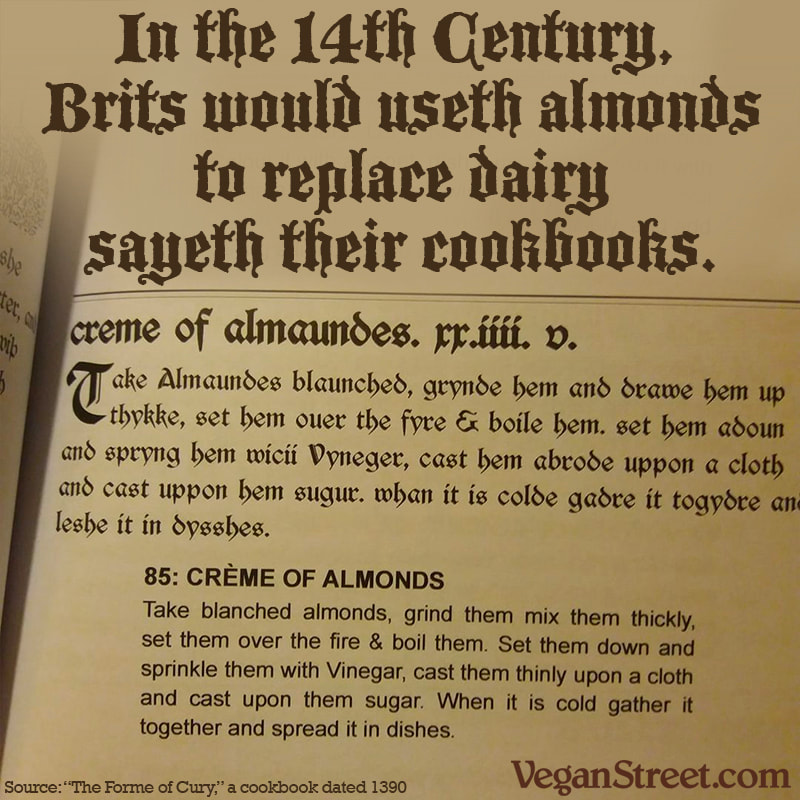 A lot of people think that most vegan products are pretty recent inventions. Almond milk, cheese and butter have been in use for many centuries. It no doubt held up better than dairy in the days before refrigeration.

Our source for this meme is a 14th Century cookbook from the chefs of King Richard II called "The Forme of Cury" (we apologize for the failure to provide a link, but apparently they didn't have Internet back then).