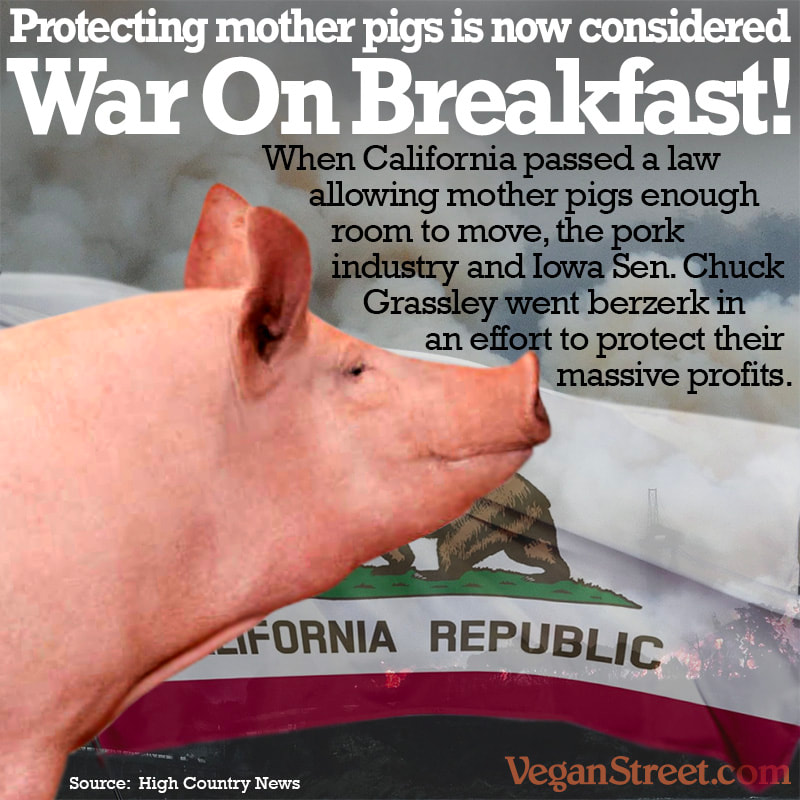 In 2018, the California legislature passed the Prevention of Cruelty to Farm Animals Act, which was supported by nearly 2/3 of California citizens. Among other things, the bill requires that pregnant and nursing pigs are given the space to move around as opposed to the intensive restriction of gestation crates so many of them face now.

But the idea of showing the tiniest modicum of compassion sent the powerful and heavily subsidized pork industry into an apoplectic rage and they have since squandered millions and millions of dollars throwing lawsuit after lawsuit at the good people of California, so they can keep building the enormous profits they reap by subjecting pigs to the most heinous cruelties.

Now that their legal attacks on basic decency have pretty much been exhausted, they are trying to fight for their horrid cause in the media, with the cantankerous and very senior senator from the hog-slaughtering state of Iowa, Senator Chuck Grassley (R), whining to his hometown newspaper that the most minimal nod toward animal welfare constitutes a "war on breakfast".

Thankfully,  consumer's attitudes to animals and their food are slowly beginning to improve.

Our source for this meme is High Country News