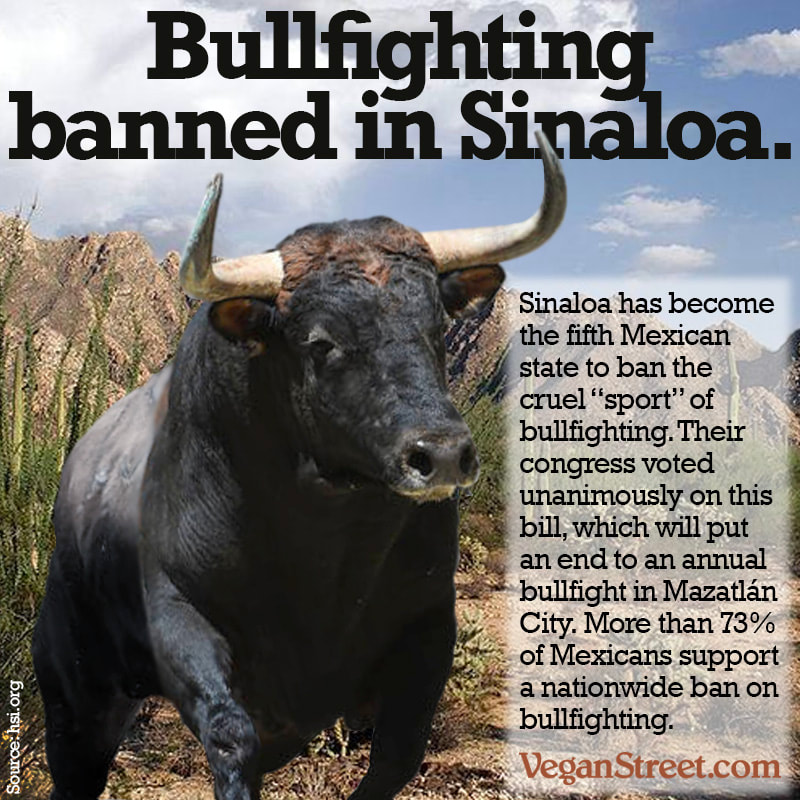 Progress toward a kinder world is happening, bit by bit. Thank you, citizens and Congress of Sinaloa, Mexico!

"Sinaloa now becomes the fifth state in Mexico to ban bullfighting after Sonora, Guerrero, Coahuila and Quintana Roo. The ban will see an end to the annual bullfights in Mazatlán city, the only town in Sinaloa to still hold bullfights. Bullfighting still takes place in 27 states, resulting in the killing of thousands of bulls each year despite considerable public opposition. According to a 2013 survey by leading Mexican polling agency Parametria, 73% of Mexicans support a nationwide ban on bullfighting."

Our source for this meme is Humane Society International