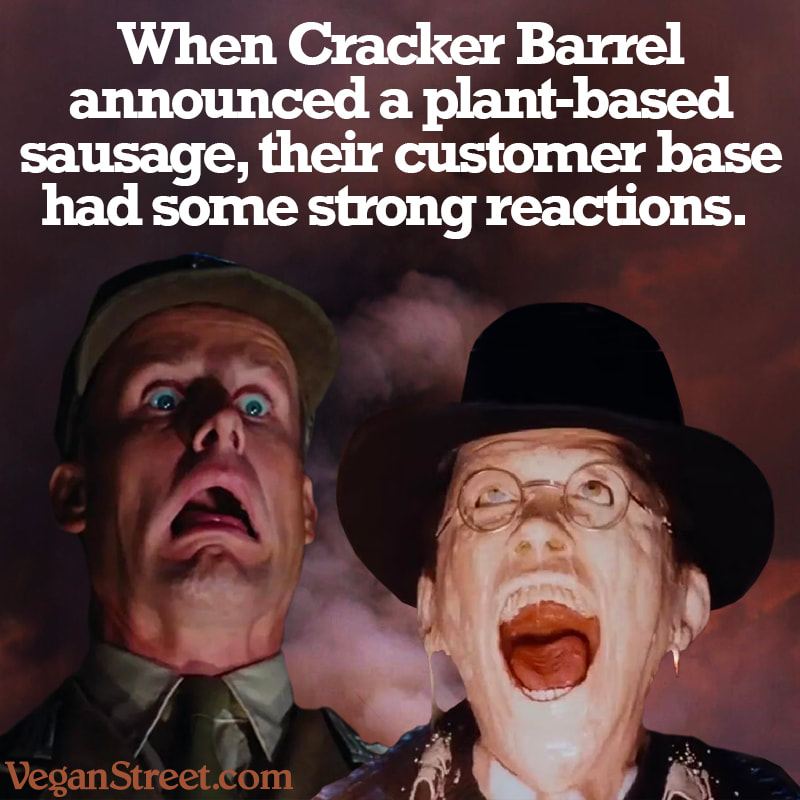 When Cracker Barrel restaurants announced that they will be adding a plant-based breakfast sausage made by Impossible Foods to their menu,  many of their core customers went berserk. There were tens of thousands of comments to the news, most of which were furiously raging against their "woke" decision, and blistering the inclusion of vegan products as a vicious attack against their culture and values. We know that anti-veganism is real and vehement, but this is still a surprising reaction.