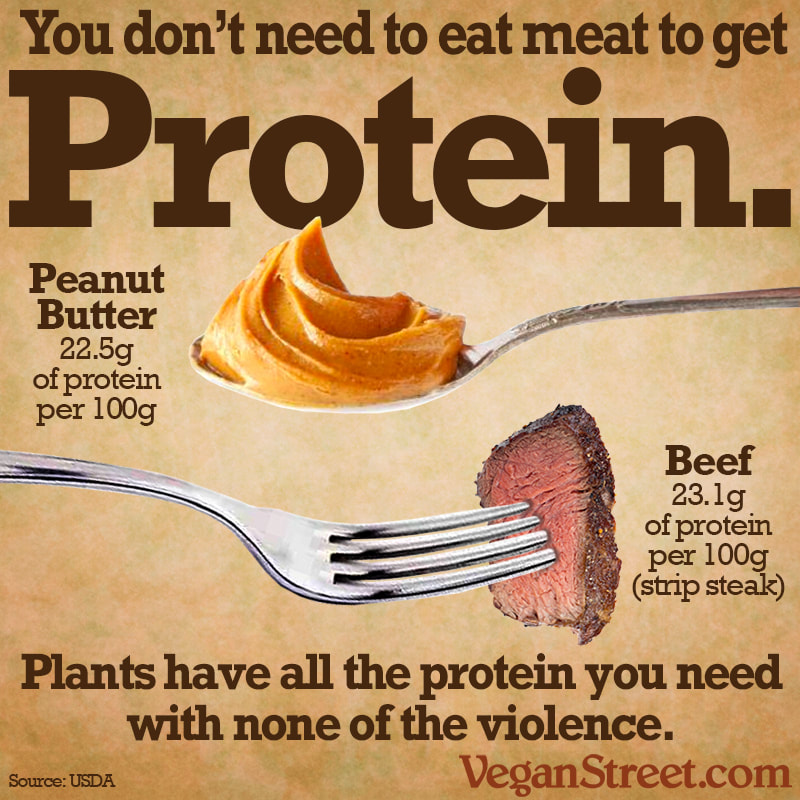 This meme requires a bit of a backstory: In March of 2014, Vegan Street was still kind of new at the meme business, though we had published five memes a week for about eight months. On March 25, we published a meme (shown below) that has turned out to be the most controversial meme we've ever done. In it, we compared the protein content of beef and broccoli, and followed some sourced data that turned out to be a bit incorrect (though not wildly so),  and a lot of people became very vocally upset with the meme, even while some others defended it (sort of). Beef Magazine even issued a rebuttal to our meme. Even the people who didn't challenge our data complained that we were gaming the system by comparing calories rather than grams. After all, 100 calories of broccoli takes up a lot more space (3 cups) than 100 calories of steak (about one bite).

We got dozens of angry letters about it and we still get them from time to time.

The funny thing about that meme is that no one considers broccoli to be a high protein food. It was just a statistic we found and decided to run with. And lately, it has gotten me thinking about what the meme would look like if we compared it to one of the most popular plant-based proteins – peanut butter – and use the measurement that the beef people want to use, grams, rather than calories.

So by those rules,  how does peanut butter stack up to beef? In my research, I found a lot of variation in the levels of proteins of both, including some sources that claimed peanut butter had more protein that beef. But in all of them, the differences between protein levels was roughly comparable. So in the end, I decided to use a source that most people would trust, the US Department of Agriculture. Below, I link to a couple of charts that I expect are the result of a lot of hard work by honest people. And by this measure, beef has slightly more protein than peanut butter, but really they're pretty close and it's obvious that peanut butter has plenty of protein. And so do a lot of other vegan foods like lentils, seitan, tofu, different nuts, beans and seeds, etc, etc.

(the original March 25, 2014 meme that generated all the anger)
Our source for today's meme is the USDA,  particularly this chart for strip steak, and this chart for peanut butter.
​