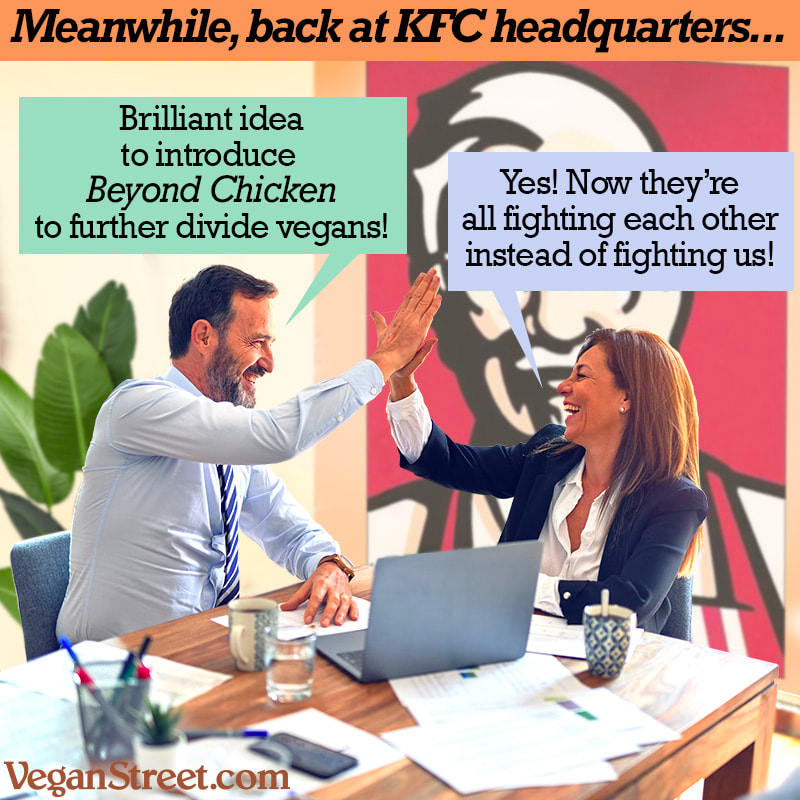 When KFC introduced Beyond Fried Chicken earlier this month, it launched some of the biggest and most contentious arguments I have seen in the vegan community (many of them around whether frying it in the same vats as the chicken was vegan, and others about whether we should support KFC at all). I'm pretty sure that the KFC execs didn't plan this just to make the vegans go at each others' throats, but if that was their goal, they succeeded spectacularly.


Meme, Vegan, Beyond, Beyond Chicken, Beyond Meat, KFC, Argument